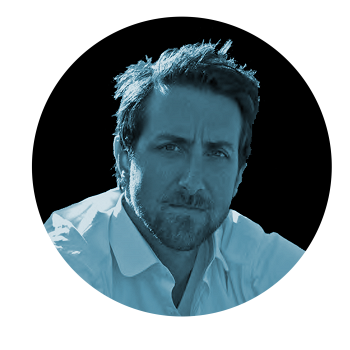 Keith works at the cross-section of new technology, innovation, and media propelled by expertise in business development, sales, content, and marketing. Keith was the Sr. producer and writer for The Howard Stern Show on Sirius/XM and on InDemand. While there, he leveraged his extensive marketing and production background to grow the Howard Stern audience and generate unique content.

Keith won a Telly Award for achievement in episodic comedy writing while working for The King of All Media, Larry King (kidding) Howard Stern (2008-2013).

Keith has experience in Marketing and PR at E! Entertainment Television with their brands, products, on-air talent, and entertainment properties.

Keith was the Executive Producer on the launch team of the movie Network ReelzChannel, now available in 68 million homes.

Keith has excelled in roles as an Executive Producer and Showrunner. He has created packaging and sold TV shows and documentary films to Networks such as A&E, E!, BS, and TV Guide Channel. He has partnered with notable talent including Woody Harrelson, Jeremy Piven, Academy Award winner Stan Winston, and skateboard legend, Tony Alva.

Keith expands his skills into the social media realm serving as the Social Media commentator for Maxim Magazine and Maxim.com.

He is the co-Founder of Pine2Pink, a breast cancer non-profit that benefits women in treatment and recovery.