Creativity has emerged over the last decade as one of the most important facets of a company’s success. Creativity is now realized as the direct link to how a business obtains its ambitions. Creativity in potential hires is now sought after or outsourced from companies who either don’t have the staff or capital necessary to utilize its effectiveness. So what role does creativity play in today’s business world? Why is creativity, now more than ever, so important?

Sets Your Differentiation. There’s nothing worse than hearing a manager or business owner say in a team meeting “It works for so-and-so, so we’ll do it, too.” Carbon-copying another business model may be a quick, dollar-inspired shortcut for the owner that doesn’t want to devote the time, capital, and energy into building a creative branch of their business, but it doesn't help them become differentiated. Creative thinking and execution take ideas that work and spins them into new methods, new campaigns, and new styles that set a business apart from its competitors. It sends a natural message that a business possesses unique qualities either in their organization or in their products that are unobtainable anywhere else. Creativity is how a proactive business goes about shouting "This is who we are!"

Embellish the Details. Creativity is a great way to embellish your business’ unique qualities. You can point to your product and say it does A or B, but without some out-of-the-box creative thinking to accent those features, the attempt falls flat. Take Red Bull as an example. A direct approach to describe the energy drink would have been “Red Bull gives you a great burst of energy through caffeine, taurine, and sugar.” How boring, right? The company's now-famous tagline “Red Bull gives you wings” came directly from a creative thinking standpoint. It was something that could be displayed visually in advertisements and create a picture in the mind of the consumer until they wound up purchasing the drink and thinking to themselves "Now I have wings, too!" Creativity sets the tone for the brand experience by taking ordinary details and turning them into something captivating and entertaining.

Creates Brand Stories and Characters. For years, insurance commercials were the last thing anyone wanted to pay attention to during commercial breaks. However, with an outpour of creativity in insurance marketing, people now look forward to, and even seek out, new advertisements from the largest insurance providers in the country. Insurance was made fun! Consumers have become dedicated fans of the Geico gecko, the quirky Flo from Progressive, Allstate’s Mayhem persona, the Aflac duck, and Geico’s cavemen. These characters have developed stories that have carried out through years of creative marketing, placing them in line for the advertising hall of fame next to the likes of Ronald McDonald and the Pillsbury Doughboy. Fans of these mascots often are not even enrolled in these insurance provider’s programs, but they advocate for them by being impacted by their commercials, adorning their desks with mascots, or even dressing up like them for Halloween! Building up these characters, personas, and stories is a direct result of creativity in the marketing room.

Now more than ever, creativity has become a powerful necessity for any business looking to establish uniqueness amongst its competitors. In a world where everyone with a mobile phone can conjure up a filtered or altered image and tack on some quirky text, genuine creativity and innovation are traits to be sought out, explored, and developed by brands that seek to truly become landmarks in their industries.

Litho Vs. Digital Printing: What’s the Difference, And Why You Should Care!

Sun Graphics Media is the only agency with all of the experts under one roof. 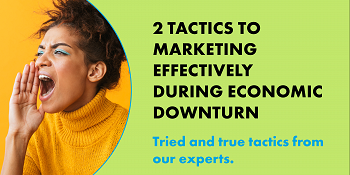 If you read our blog "Why You Need Marketing More Than Ever During Economic Downturn," you’re probably wondering, “what’s next?” and “how do I market effectively during an economic downturn?” So our experts are back to shed some light on how to do just that! These tactics coupled with a great strategy will help you in any economic climate. 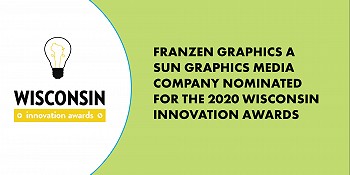 We are honored to be nomination by Alliant Energy for the 2020 Wisconsin Innovation Awards for our work pivoting production for PPE during the recent COVID pandemic. 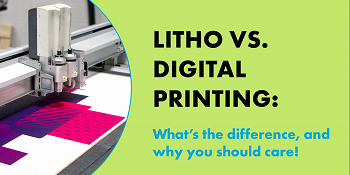 Litho Vs. Digital Printing: What’s the Difference, And Why You Should Care!

You want cost-effective solutions, but how you get them can often be confusing without a basic understanding of the two primary types of printing; litho and digital. Have no fear, our experts are here to break it down in plain English so you can confidently choose the right solution for your needs.